Senator Elizabeth Warren missed her moment in 2016, and now there is a reason to be skeptical about her prospective candidacy in 2020.

The issues: The current and past events surrounding Warren’s recent political career overshadowed what once was a strong successful leader.

On October 15, 2018, Warren released a report from a Stanford University geneticist who analyzed Warren’s DNA and said test results suggested that Warren “absolutely” has a pure Native American ancestor “in the range of six to 10 generations ago.”

The president has controversially referred to Warren as “Pocahontas” and in July said he’d give $1 million to a charity of her choice if she took a DNA test proving she has Native American heritage. Warren attempted to call Trump’s bluff, and went ahead and took the test.

The Democratic senator seemed to believe doing so might squash the criticism she’s faced on this issue, but the move largely backfired and she was even decried by Native American groups. 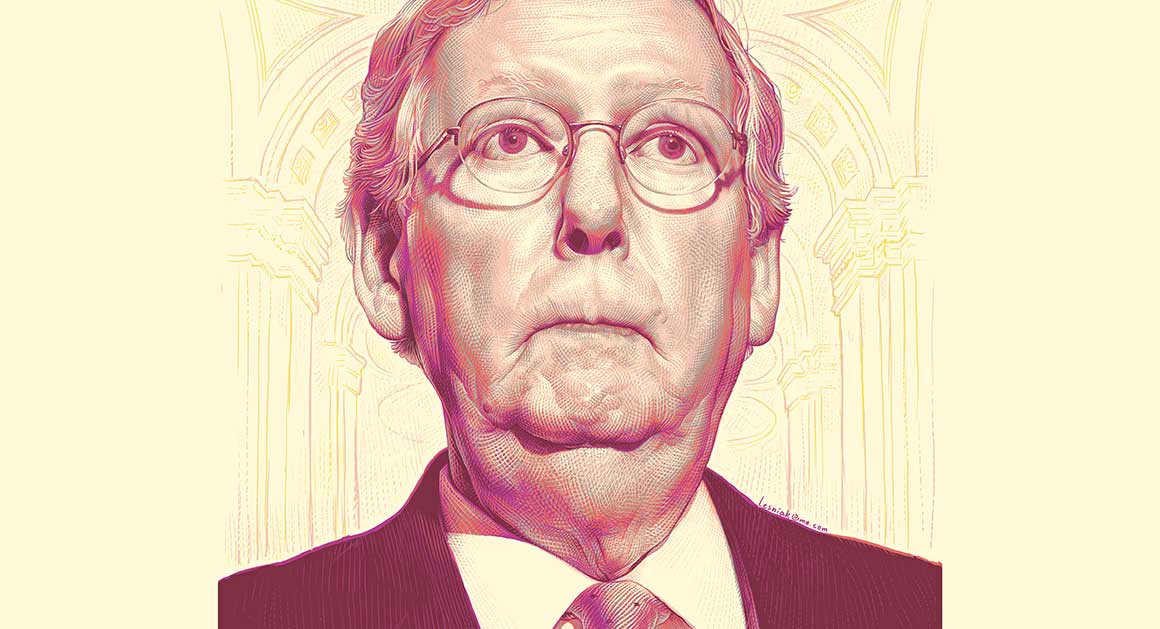 Jason Zengerle wrote, “Over the course of McConnell’s career, he has been likened to everything from a warmed-over vanilla milkshake to “a man with the natural charisma of an oyster.””

It happened late in the evening as the Democrats were holding the Senate floor for 24 hours to highlight to the American people what a poor choice Senator Jeff Sessions (R-Ala.) is for the powerful position of United States Attorney General.

Sessions was nominated by President Trump, despite a career that at times has been hostile to civil rights, voting rights, women’s rights, immigrants, and the LGBTQ community.

Democrats talked about Sessions’ horrible record on protecting the rights of minority communities in several situations and brought up the fact that the U.S. Senate had already rejected Senator Sessions when he was up for a federal judgeship years earlier, because of precisely this dreadful record.

When it was Warren’s turn, she used some of her time to read out loud a 1986 letter from Coretta Scott King, the widow of Civil Rights icon Martin Luther King Jr. and a renowned leader and icon in her own right.

King had written the letter to the U.S. Senate opposing the appointment of Sessions to a federal district judgeship based on his conduct as U.S. Attorney of the Southern District of Alabama.  She wrote, “Mr. Sessions has used the awesome powers of his office in a shabby attempt to intimidate and frighten elderly black voters. For this reprehensible conduct, he should not be rewarded with a federal judgeship.”

In 2016 ‘ole’ Mitch told Warren to “sit down – and shut up,” that was the beginning of the end for the senator who once made Wall Street quake. The Republican-controlled chamber voted 49-43 to uphold a ruling that the Massachusetts Democrat violated Senate rules that prohibit impugning another senator as she delivered a lengthy speech against the nomination of Sen. Jeff Sessions (R-Ala.) as the nation’s attorney general.

For most of Obama’s presidency, McConnell has been the face of Republican obstructionism—never more so than when, in 2010, he declared, “The single most important thing we want to achieve is for President Obama to be a one-term president.”  Mitch McConnell has never been a beloved politician.

The Grand Old Party (GOP) has absolutely no room to wag a finger at Democrats.

Steve Schmidt: Why I Quit the ‘Vile’ Republican Party

‘I won’t share a party label with people who think it’s all right to put babies in internment camps. My fidelity is to my country, not my political party. Country first.’

Steve Schmidt, the veteran GOP strategist who worked in the George W. Bush White House and ran John McCain’s campaign for president, accused Republicans of complicity with the “vile” Trump administration and its “evil” policies unless they follow him and quit the party.

Schmidt announced Tuesday night that he had formally left the party over Trump’s policy of separating families at the U.S. border with Mexico.

Speaking to The Daily Beast, he called for his old boss, President Bush, to set aside political convention and come out to publicly challenge Trump’s grip on both the country and the Republican Party, which he feels is set to collapse. “This is a metastasis, a cancer, a toxin that has destroyed the Republican Party,” he said.

He said he fears that “cowards” Paul Ryan and Mitch McConnell have failed in their constitutional duty to act as counterweights to the Executive Branch, opening up the possibility that an era of liberal American democracy could be coming to an end.

“The American people are fed a daily diet of nonsense-talk and lies in the form of what is effectively state media on Fox News and nobody should underestimate the threat posed by a political party where conservatism is now defined by absolute obedience to a leader with autocratic tendencies who fetishizes dictators and autocrats all over the world,” he said.

“Trump didn’t destroy the Republican Party—it’s the cowardice of the Republican leaders, their complicity in all of it, the lack of courage to stand up for what’s right.

“Republican members of Congress are cowed and fearful of Trump and they have abrogated their oaths to defend the Constitution of the United States from Trump’s attacks on the rule of law; on objective truth; his defilement of important institutions; his sundering of the American people; his betrayals of the Atlantic alliance; his racism; and his cruelty. The party has become profoundly corrupt, both financially in the form of men like Scott Pruitt and Jared [Kushner] and Ivanka [Trump], but also intellectually rotten and corrupt.”

“Make no mistake about it when you’re ripping breastfeeding children away from their mothers and putting them in detention facilities. That’s an evil policy,” he said. “To see the Republican Party break up the way it has to lose its moral compass it is tragic, it’s tragic for me personally, but I won’t be part of it. I won’t share a party label with people who think it’s all right to put babies in internment camps. My fidelity is to my country, not my political party. Country first.”

“What are the hallmarks here? He uses mass rallies to incite fervor and followers who are now more like cult members than voters,” he said. “Every problem has an easy group to blame—minorities, chiefly—he creates a sense of mass victimization, he alleges conspiracy by unseen forces, and he asserts that only he can stop it and protect the victims—and stop the villains, the minorities. The last step of this is an assertion: ‘I’ll just need more powers to do it.’ And that’s how a constitutional republic dies.”

In the absence of leadership on Capitol Hill, Schmidt says it may be necessary to hear from leaders of the past.

“Both George W. Bush and Barack Obama are good men,” he said. “The question the former presidents have to ask: Is there a moment in time that they are compelled to speak, and compelled to speak together? These men are addressed by that title ‘Mr. President,’ which is the highest that can be bestowed in American life. And I do think an hour is approaching where we have a crisis of leadership. With the fragility and the importance of our democratic institutions at stake, it would be nice to hear from them.”

“We have in America—right now, at this hour—to understand that you have a lawless president, a vile president, a corrupt president, a mean, cruel president, who is seeking to remake the world order.”