More than a third of the enslaved Africans, nearly 4 million people, were sent to  Brazil. Most of those slaves were forced to work on Portuguese  sugar plantations .  Nearly 2 million slaves went to the colonies of New Spain.  Some worked on plantations  in the Caribbean, while others were taken to the mines of Peru and Mexico. Some 3  million slaves worked in British and French Colonies in the Caribbean and Latin  America. More than 600,000 slaves went to Britain’s North American colonies that later  became the United States. 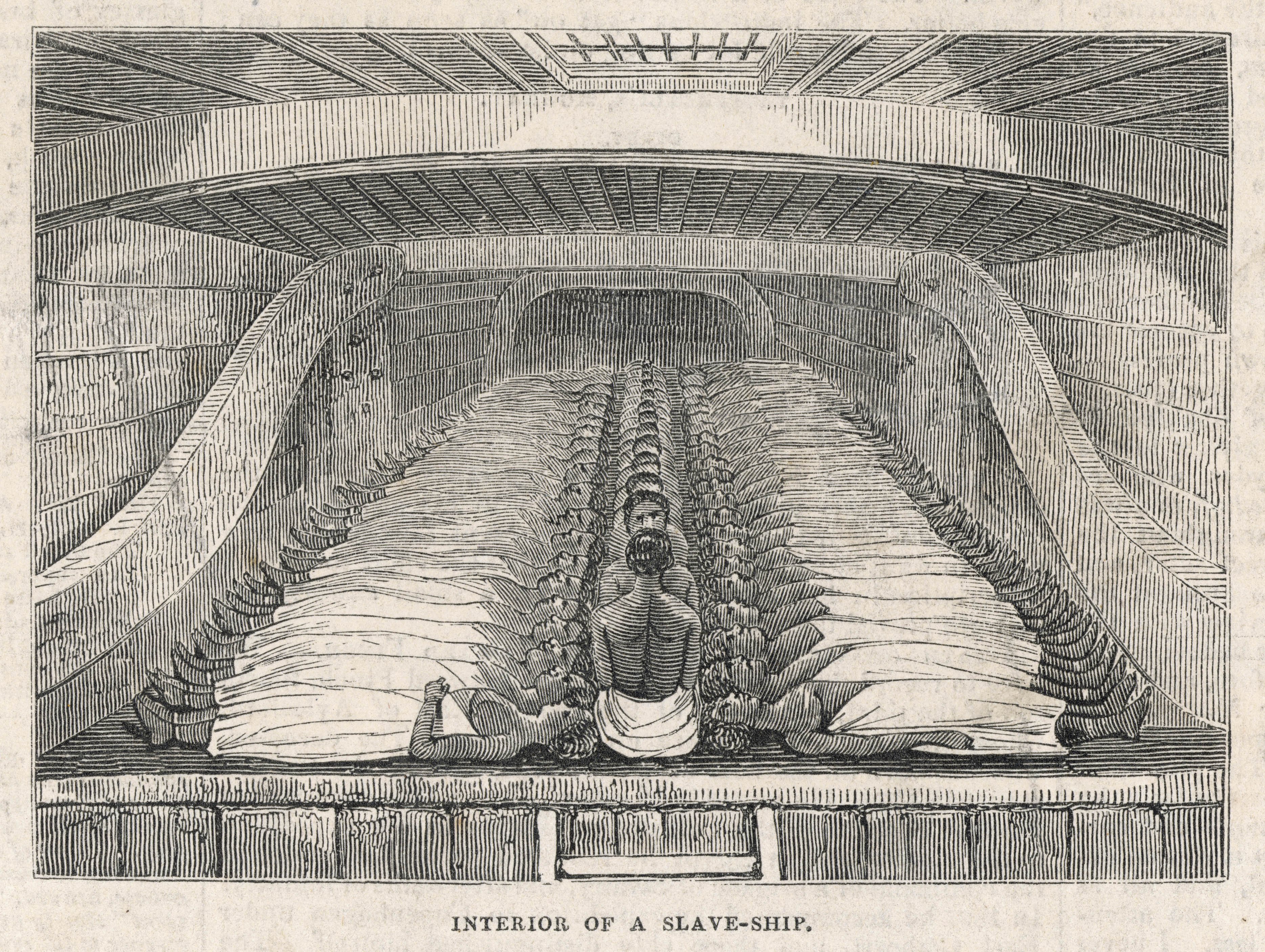 In 1510 the Spanish government legalized the sale of slaves in its colonies. The first full cargo ship of Africans arrived in the Americas eight years later. Over the next century,  more than a million enslaved Africans were brought to the Spanish and Portuguese colonies in the New World. Dutch and English also became active in the slave trade.  Middle Passage

Enslavement was a horrible experience for the slaves. Most enslaved people had been  captured in the interior of Africa, often by Africans who profited from selling slaves to  Europeans. The captives were chained around the neck and then marched to the coast.
This journey could be as long as 1,000 miles. The  Middle Passage was the voyage  across the Atlantic Ocean that enslaved Africans were forced to endure. Africans were  packed like cargo in the lower decks of the slave ships. The slaves were chained  together and crammed into spaces about the size of coffins . The height between the  decks was sometimes only 18 inches.

In this confinement, disease spread quickly, killing many Africans. Others suffocated or died from malnutrition.  Some slaves took their own lives to end their  suffering.  It is estimated that one out of every six Africans died during the Middle  Passage.  African Diaspora

Between the 1520’s and 1860’s about 12 million Africans were shipped across the  Atlantic as slaves.  More than 10 million of these captives survived the voyage and  reached the Americas.  The slave trade led to the  African Diaspora  (A diaspora is a  scattering of people.)  Enslaved Africans were sent all across the New World.

Colonial leaders across the Americas developed laws that regulated slave  treatment and behavior.  Slaves were given few rights in the colonies.  The law  considered enslaved Africans to be property.  In some colonies, a slaveholder was not  charged with murder if he killed a slave while punishing him. Enslaved Africans, on the  other hand, received harsh penalties for minor offenses, such as breaking a tool.  Runaways were often tortured and sometimes killed.

The treatment of enslaved Africans varied. Some slaves reported that their  masters treated them kindly. To protect their investment, some slaveholders provided  adequate food and clothing for their slaves. However, severe treatment was very  common. Whippings, brandings, and even worse torture were all part of American  slavery.  Slave Culture in the Americas

Slaves in the Americas came from many different parts of Africa. They spoke different  languages and had different cultural backgrounds. But enslaved Africans also shared  many customs and viewpoints. They built upon what they had in common to create a
new  African American  culture.

Families  were a vital part of slave culture. Families provided a  refuge —a place  not fully under the slaveholders’ control. However, slave families faced many  challenges. Families were often broken apart when a family member was sold to  another owner. In Latin America, there were many more enslaved males than females.  This made it difficult for slaves there to form stable families.

Religion  was a second refuge for slaves. It gave enslaved Africans a form of  expression that was partially free from their slaveholders’ control. Slave religion was  primarily Christian, but it included traditional elements from African religions as well.  Religion gave slaves a sense of self worth and a hope for salvation in this life and the  next. Spirituals were a common form of religious expression among slaves. Slaves also  used songs and folk tales to tell their stories of sorrow, hope, agony, and joy.

Many slaves expressed themselves through art and dance . Dances were  important social events in slave communities. Like most elements of slave culture, art  and dance were heavily influenced by African traditions. 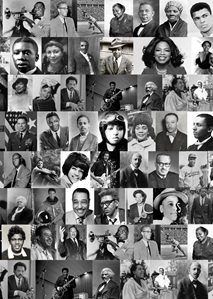 Just o show a few: these men and women took history and turned it on its ear.