The loss of our democracy, and how both men marched their countries into war, persecutions, and economic ruin makes it easy to see their similarities

As a retired USAF officer Frederik Weller was raised in the 1940s Nazi-occupied Netherlands, Weller writes, “I believe I am uniquely qualified to assert that President Trump and Adolf Hitler share similar ideologies and use similar tactics for their own personal gain.

In order to solidify power, Hitler abolished the judiciary in Germany. President Trump is in the process of stacking the federal courts (including the Supreme Court) with judges who share his ideology. The same effect results — no justice.

Hitler had his concentration camps with Reinhard Heydrich to oversee them. Trump has his detention centers with Stephen Miller in charge. Same effect.

Hitler was a racist. Jews, gypsies, Slavs, homosexuals and the afflicted were sent to the camps. Trump’s ban on Muslims, his tirade against four congresswomen of color who stood up to him, his rhetoric regarding Baltimore’s black people — asserting that they are somehow subhuman — clearly brand him as a white supremacist racist.

Both Hitler and Trump demanded personal loyalty instead of loyalty to country and constitution.

The similarities are staggering and ominous. I draw these parallels because I was there then and I am here now, and I need to do what I can to prevent a repeat of the horrors of the past.” 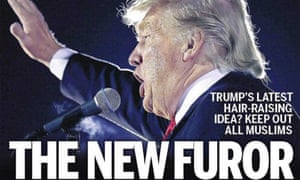 What makes the comparison between Hitler and Trump so poignant is not just the rhetorical marginalization of groups, lifestyles or beliefs, but the fact that both men represent their personal character as the antidote to all social and political problems.

Neither Hitler nor Trump campaigns on specific policies, beyond a few slogans. Instead, both promise a new vision of leadership. They portray the existing political systems as fundamentally corrupt, incompetent, and, most importantly, unable to generate decisive action in the face of pressing problems.

Both use their personal biographies—or rather, the highly edited accounts of their personal biographies they present to the media—to conjure up a new style of politics, which is based neither on expertise nor on detailed policy proposals. Instead—they suggest—their own personal ‘struggle’ shaped them into—supposedly—authentic leaders, capable of overcoming adversity through sheer force of character. In this scenario, democracy has less to do with representative institutions than with a leader who is intuitively ‘in tune’ with the sentiments of the people.

Hitler’s famous autobiography was called My Struggle (Mein Kampf) for a reason. And it is a book we’d do well to remember—12.5 million copies were distributed in the Third Reich, and this supposedly difficult-to-read book continues to enjoy surprising popularity in many countries throughout the world. In India, it has been on bestseller lists for many years and is widely used as a textbook on leadership in business schools.

This should give us pause for thought. Like Hitler, Trump is capitalizing on a longing for charismatic leadership, to which even highly developed Western democracies seem very susceptible when democratic structures fail to deliver all the desired outcomes. No Western democracy currently faces problems on the scale of those Germany grappled with before 1933. And yet, there is a very real sense amongst a large part of the population that they have not been on the “winning side” for a long time. 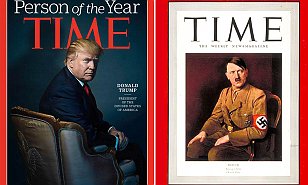 The gap between rich and poor is getting wider, and in the process, the classical attributes of political leadership—education, expertise, eloquent speeches—have come to be seen not as problem-solving strategies, but as the identity markers of a social elite who are looking after their own interests only.

Even where new policies on healthcare, education, or job creation achieve their goals, they are not popular, because they are tinged with that smell of elitism that makes many ordinary people not feel valued by the political classes. Trump has not been the first demagogue to capitalize on such sentiments, and he will not be the last. If re-elected, we will not see a resurgence of National Socialism for many needed services, like Meals-On-Wheels. Trump is, nevertheless, a symptom of a fundamental problem with our democratic system, which we seem utterly unable to fix.

Maiken Umbach is a Professor of Modern History and Faculty Research Director at the Faculty of Arts, University of Nottingham.