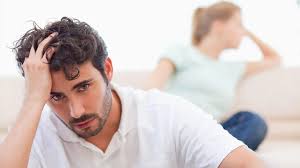 For many wives, their husbands’ use of pornography is a violation of marital trust. When a man and woman marry, they vow to love, honor and cherish each other for the rest of their lives. Viewing pornography is akin to breaking these vows because they are in no way a sign of a man’s love, honor and respect for his wife. For these women, the men they married all of a sudden seem like strangers.

Many feel like a fool for ever having trusted their husbands. For some women, the violation of trust is so deep that they question if they can go on with their marriage. While they might be able to forgive their husbands, rebuilding trust can be extremely difficult.

This is further compounded by the effects pornography can have on a man’s sexual performance. A man who is addicted to pornography can become so accustomed to being sexually aroused by the “perfect” women in pornography that he can eventually find it difficult to perform sexually with his own wife.

Studies have shown that men crave respect from their wives more than love. Pornography robs men of this basic need. Pornography use almost always leads women to lose respect for her husbands.

They also begin to view their husbands as poor role models for their children. This adds to the lack of respect. This can be very painful for women because it inhibits their ability to love, honor, and respect their husbands. Men were created to be the leaders, providers, and protectors of their wives and families. Pornography prevents men from being able to fulfill these roles because it leads a man to isolate himself and neglect his wife and children. This deepens the trust wound in the marriage.

In all cases, wives need to learn how to forgive their husbands (forgiveness does not mean blind trust). This comes by understanding the deep emotional wounds that lead a man into pornography addiction. When one understands that addictive behaviors are often symptoms of deeper wounds, it becomes easier to have compassion and forgive.

Trust also has to be rebuilt in the marriage. This comes from the husband taking responsibility for his recovery and proving his trustworthiness to his wife. As forgiveness and trust grow, the couple experiences healing in their relationship. Thus, addiction recovery is not just for the addict, it involves spouses and families too.

Couples need to realize that even the most devastating situations can lead to greater love, trust, and intimacy in a marriage. There is always hope. However, it starts by husbands understanding how their pornography use affects their wives and marriage. It is my hope that this understanding will prevent men from viewing pornography as well as help heal marriages that have been damaged by pornography use.