Hint: It’s not what President Trump wants the media to believe

Specifically, the president and his surrogates are pressing the media to investigate Biden’s connection to the ouster of a prosecutor there. “Sleepy Joe Biden … forced a tough prosecutor out from investigating his son’s company by the threat of not giving big dollars to Ukraine,” Trump tweeted Sunday night. “That’s the real story!”

Now, this may be difficult to believe, but what actually happened between Biden and Ukraine is far more complicated than the president claims. In fact, it isn’t really that much of a controversy at all. Here’s a brief rundown of what inspired Trump’s latest efforts to get a foreign government to investigate one of his chief political opponents. 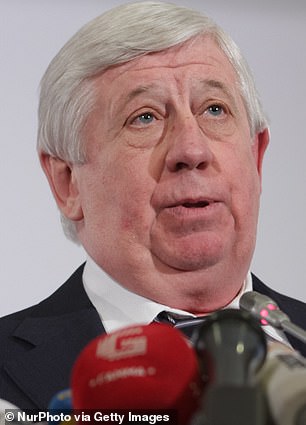 From February 2015 to March 2016, Viktor Shokin was prosecutor general of Ukraine. His ouster was the result of pressure from a large consensus of Western nations, including the United States, that were concerned Shokin was at the center of a lot of the country’s corruption. Their concern peaked when, in February 2016, Shokin’s own deputy prosecutor, Vitaly Kasko, resigned, citing the corruption and cronyism within the office. “The General Prosecutor’s Office has become a dead institution, which nobody believes is independent,” Kasko said at the time.

Biden was one of the leaders of the effort to remove Shokin, and a month after Kasko’s resignation, he threatened to withhold American loan guarantees from Ukraine so long as Shokin was heading the prosecutor’s office. Christine Lagarde, the managing director of the International Monetary Fund, also threatened to withdraw financial support for Ukraine unless it cleaned up its corruption problem. Pretty much everyone recognized Shokin had to go, and a month later Ukrainian Parliament voted to remove him from office.

It was a late-July call with new Ukrainian President Volodymyr Zelensky that reportedly prompted the whistleblower complaint that has ignited the scandal over Trump’s alleged extortion of Ukraine’s new government. On that call, the Wall Street Journal reported on Friday, Trump repeatedly pressured Zelensky to investigate Biden’s son. Meanwhile, Trump has been considering blocking U.S. military aid to Ukraine.

Trump has called the report “Fake News” while claiming there was nothing untoward about the call with Zelensky that reportedly prompted the whistleblower complaint. “What I said was so good,” the president told reporters on Sunday. “It was a great conversation. It was a really great conversation. Everybody will say that.”