Author Christina M. Greer had a horrifying warning for Republicans while an MSNBC panel discussing the inaction of national security in wake of Russian meddling in the 2016 election.

“And what we’re seeing is Donald Trump and Mitch McConnell and the Republican Party systematically trying to erode not just the voting rights act, but all three of those acts incongruence at the same time. And that’s what makes this so dangerous,” she said.

The rumors that Trump is looking to amend the Constitution started to circulate following a joke the president told at a fundraisers. At the event, Trump praised Chinese President Xi Jinping for abolishing term limits, joking that he might want to do the same.

Trump was asked about abolishing presidential term limits in a subsequent interview, and said that he would not try to amend the Constitution in order serve a third term.

“What we’re seeing is Donald Trump and Mitch McConnell and the Republican Party systematically trying to erode not just the voting rights act, but all three of those acts at the same time. And that’s what makes this so dangerous,” Greer concluded.

Bill Maher warned that President Trump is increasingly inching toward making himself ‘president for life’ and that if Democrats prevail in the 2020 U.S. presidential election he does not believe the Republican commander-in-chief will leave.

“Trump is going to go when he wants to go, and that includes losing the 2020 election,” Maher said on his broadcast of HBOs’ Real Time.

I ask you this: Knowing what you know about Trump, his values and his personality, what are the chances he would relinquish the office peacefully?

Before you sneer at this notion as preposterous, consider the exhausting list of our president’s normalized behaviors and outrageous offenses that, two years ago, would have been unfathomable: A torrent of lies and insulting tweets, public affection for tyrants, turning the presidency into a profit center, alleged obstruction of justice, unabashed racism, praise of Nazis and stunning denigration of the State Department, FBI and CIA.

The idea Trump might barricade himself in the White House, declare his impeachment unconstitutional — or his reelection stolen — is within the realm of possibility. It comports with what we know about Trump’s anti-democratic, authoritarian tendencies. From there, it’s easy to picture Trump going a dangerous step further and urging his supporters to descend on Washington and prevent his removal. Honestly, it doesn’t take much imagination to envision Trump, if he loses, encouraging civil unrest to save his hide.

The United States differs from pseudo-democracies in that if you lose, no one need send the cops or the troops to extract you from office. It’s been the long tradition in American politics that losing, outgoing officials cooperate in the transition of power.

A president such as Trump, with autocratic impulses, who persists in claiming the popular vote was stolen from him by three million illegal ballots would have no qualms voiding the results of the next election. 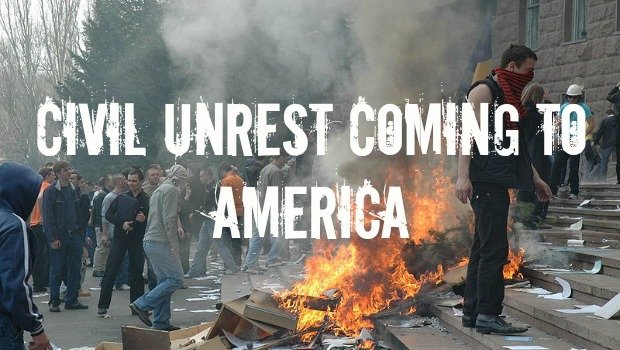 One thing is for sure – there will be civil unrest if Trump loses the election.