“I alone cannot change the world, but I can cast a stone across the waters to create many ripples.” — Mother Teresa

Today people are more frustrated or angry with the political circumstances beyond their control. They believe if they can control these situations they will be happy. Ripples are changes which happen when we the voter throw our ballots which will cause the largest tidal wave in 2020.  Screw those the ripples … Mother Teresa never had to deal with Donald Trump!

A Song So Perfect

His historical approval ratings show what is to come in 2020

A majority of Americans — 52 percent — say they disapprove of the way President-elect Trump has handled his transition and preparations for the presidency, versus just 44 percent who approve, which is down six points from only a month ago.

To put Trump’s numbers into perspective, Barack Obama’s approval rating was 71 percent before he took the oath of office in January 2009, and Bill Clinton’s was 77 percent in December 1992.

(The NBC/WSJ poll didn’t measure George W. Bush during his transition; his first job-approval rating, in March 2001, was 57 percent.)

In addition, just 38 percent of Americans have a positive view of Trump, while 48 percent have a negative one — making him the most unpopular incoming president in the history of the NBC/WSJ poll.

In other nations have long said the U.S. does not take the interests of their country into account when making international policy decisions. There have been some shifts over time, however. In 2007, near the end of the George W. Bush years, a 71% median across 14 surveyed countries said the U.S. does not take other countries’ interests into account, while another 26% said it does. Attitudes shifted somewhat at the start of the Obama administration in 2009, when 36% said the U.S. considers other countries’ interests – including much larger increases in certain countries, such as Germany (+27 percentage points), France (+23), the UK (+19), South Korea (+19), Canada (+18) and Russia (+12). Today, public sentiment in these 14 countries resembles that of 2007, with a median of 72% saying the U.S. doesn’t consider other nations’ interests and 27% saying it does.

More say China is playing a larger role in the world compared with 10 years ago than say the same about the U.S. Respondents were read a list of seven major countries and were asked whether each is playing a more important, less important or as important role in the world compared with 10 years ago. Among the seven countries tested, China stands out: A median of 70% across 25 countries say it plays a more important global role than it did a decade ago, a significantly higher share than for the other six countries. The U.S. falls in the middle: Roughly similar medians say it is as important as 10 years ago as say its importance has grown. 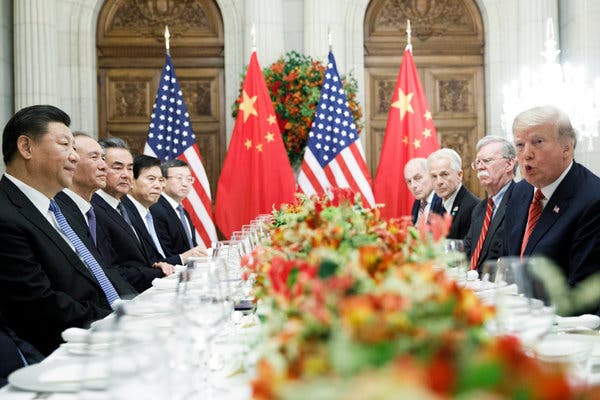