In 710 days, PresidentTrump has made 7,645 false or misleading claims

The Fact Checker’s ongoing database of the false or misleading claims made by President Trump since assuming office. 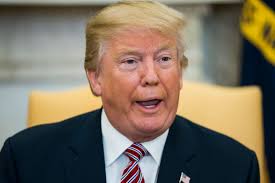 “The situation along our southern border is a national crisis.”

By any available measure, there is no new crisis at the border.

“The wall will be paid for by the new U.S.-Mexico-Canada trade deal. “

During the campaign, Trump more than 200 times promised Mexico would pay for the wall, which the administration says would cost at least $18 billion. Now he says the minor reworking of the North American Free Trade Agreement (NAFTA) will earn enough money for pay for the wall.

“I have already started building the wall.”

No, Trump has not started building the wall. Congress only appropriated money for bollard fencing, replacement fencing or secondary fencing. Trump often refers to a wall that was started in California, but that is simply bollard fencing that had been planned in 2009.

“I never said it would be a concrete wall.”

Au contraire. Trump has said it repeatedly: On Dec. 31, he tweeted: “An all-concrete wall was NEVER ABANDONED.”

Staggering numbers of sick people are crossing the border each day.

This is an age-old Trumpian claim that has been debunked time and time again. During the 2016 campaign, he claimed illegal immigrants were bringing â€œtremendousâ€ disease. But the World Health Organization found that, in spite of the common perception of an association between migration and importation of infectious diseases, there is no systemic association.

Rather, there’s more risk of disease spreading from business travelers or tourists than migrants. This is partly just a numbers game,” migrants at the southern border make up a small proportion of all the people entering the United States on a given day.

Plus, WHO reports that Nicaragua, Costa Rica and Mexico all have higher average vaccination rates than the United States, making people from those countries on average less likely to transmit diseases like tuberculosis, diphtheria and hepatitis B. Anyone seeking asylum in the United States undergoes a medical screening and examination to identify inadmissible health conditions. They also are required to meet U.S. immunization requirements before they apply for permanent U.S. residence.

Nearly 300 Americans are killed every week from heroin, 90 percent of which floods across our southern border.

In 2017, more than 15,000 people died of drug overdoses involving heroin in the United States, according to the Centers for Disease Control and Prevention. That works out to about 300 a week.

But while 90 percent of the heroin sold in the United States comes from Mexico, virtually all of it comes through legal points of entry. A small percentage of all heroin seized by CBP along the land border was between Ports of Entry (POEs), the Drug Enforcement Administration said in a 2018 report. So Trump’s wall would do little to halt drug trafficking.

Trump fans will stand for this wall no matter what it costs, while the rest of America will not stand for it at all. Regardless, Trump’s wall will continue to be successful in dividing the country.

One day when Trump is out of office our country will need to mend from one of the most despicable inept presidents in the history of democracy.